COVID UPDATE: Currently Beauty and the Beast is not showing due to COVID changes. In it’s place in this theater Disney is showing The Disney Society Orchestra and Friends. This is a six piece orchestra performing for approximately 15 minutes. They play songs inspired by Disney’s Hollywood Studios. Some of the Beauty and the Beast characters do appear on stage. The show plays 9 times per day.

Facts at a Glance About Beauty and The Beast – Live on Stage:

Overview of Beauty and The Beast – Live on Stage

This is a live musical stage adaptation of Beauty and the Beast, which we find very enjoyable! The sets, costumes, effects and music are really nicely done. Having seen the Broadway version, I would characterize this as a shorter but more extravagant version, with more performers and more flamboyant costumes. The story is that beautiful Belle allows herself to be taken prisoner at the Beast’s castle in order to save her father. Beast must make her fall in love with him in order to break the spell and become a prince again. This is difficult since he happens to be a not so nice beast!

Queue and seating for Beauty and The Beast – Live on Stage

There’s no official queue, but guests can wait around the outdoor, uncovered entrance to be let in if they’re early. This is an outdoors canopy covered stadium theater with open sides. It holds 1500 people. 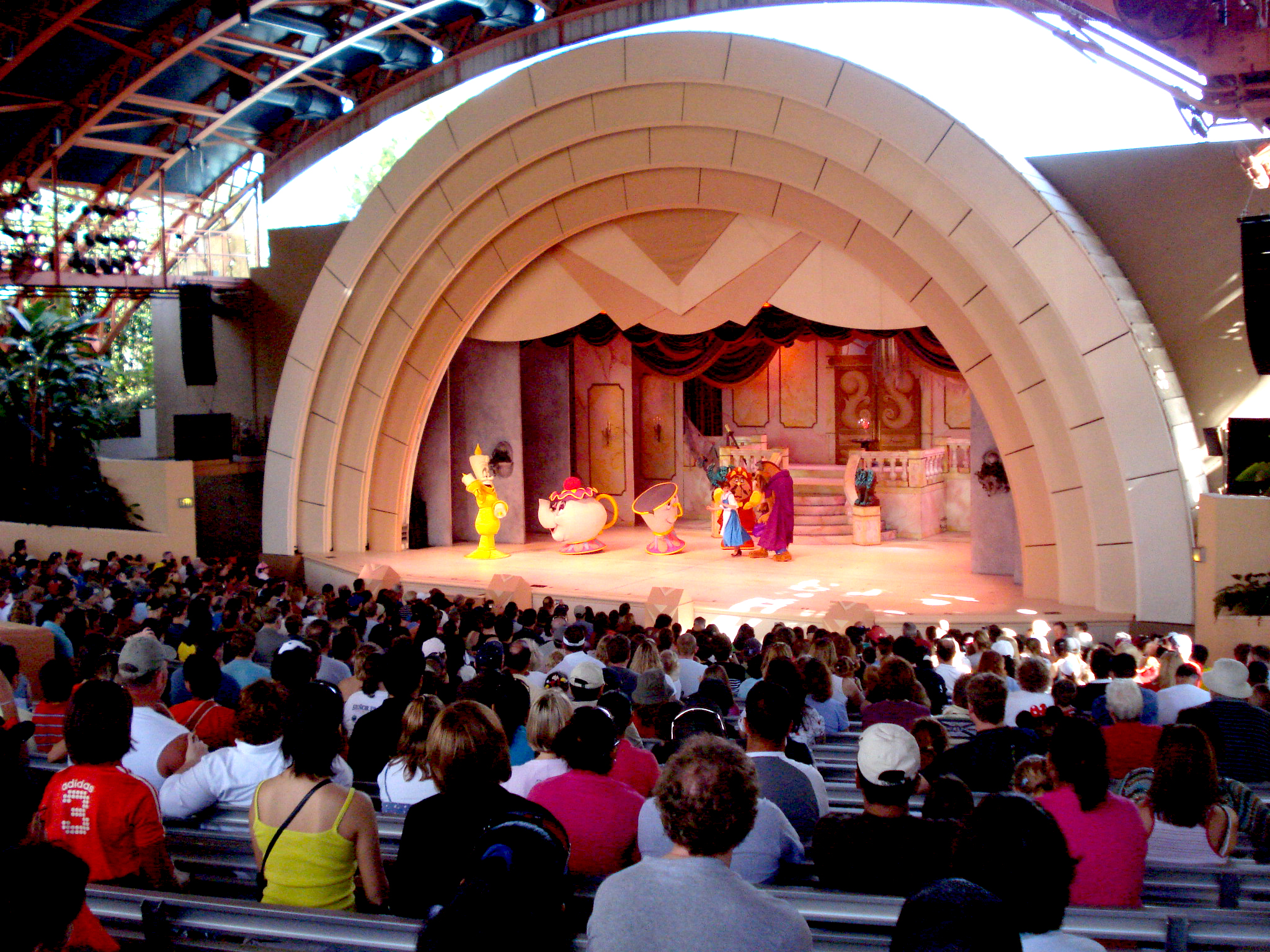 Beauty and the Beast theater in Hollywood Studios at Disney World

The seats are hard metal bench seats with backs. 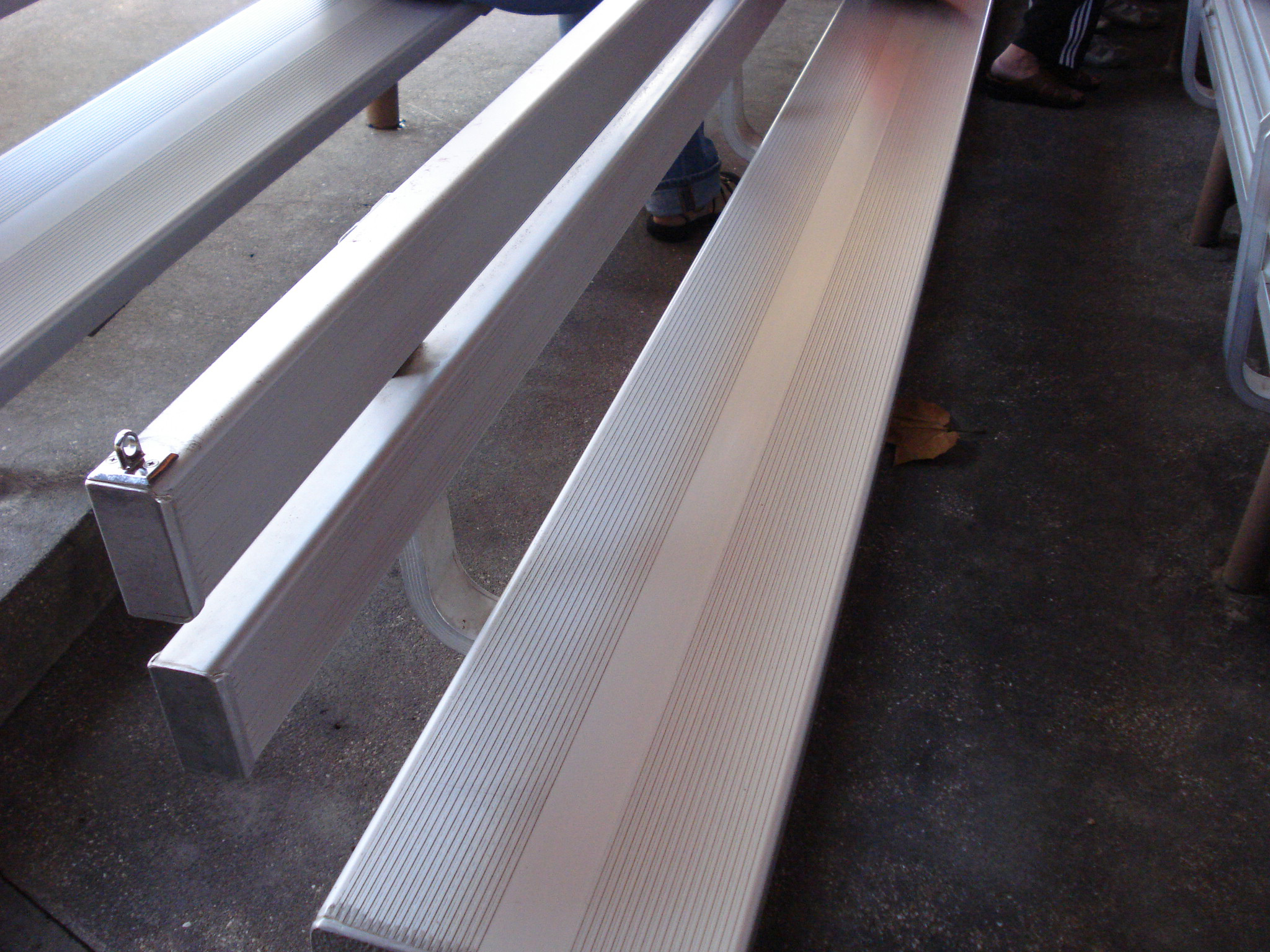 Wheelchair/ECV and accessibility information: There are stairs in this theater. 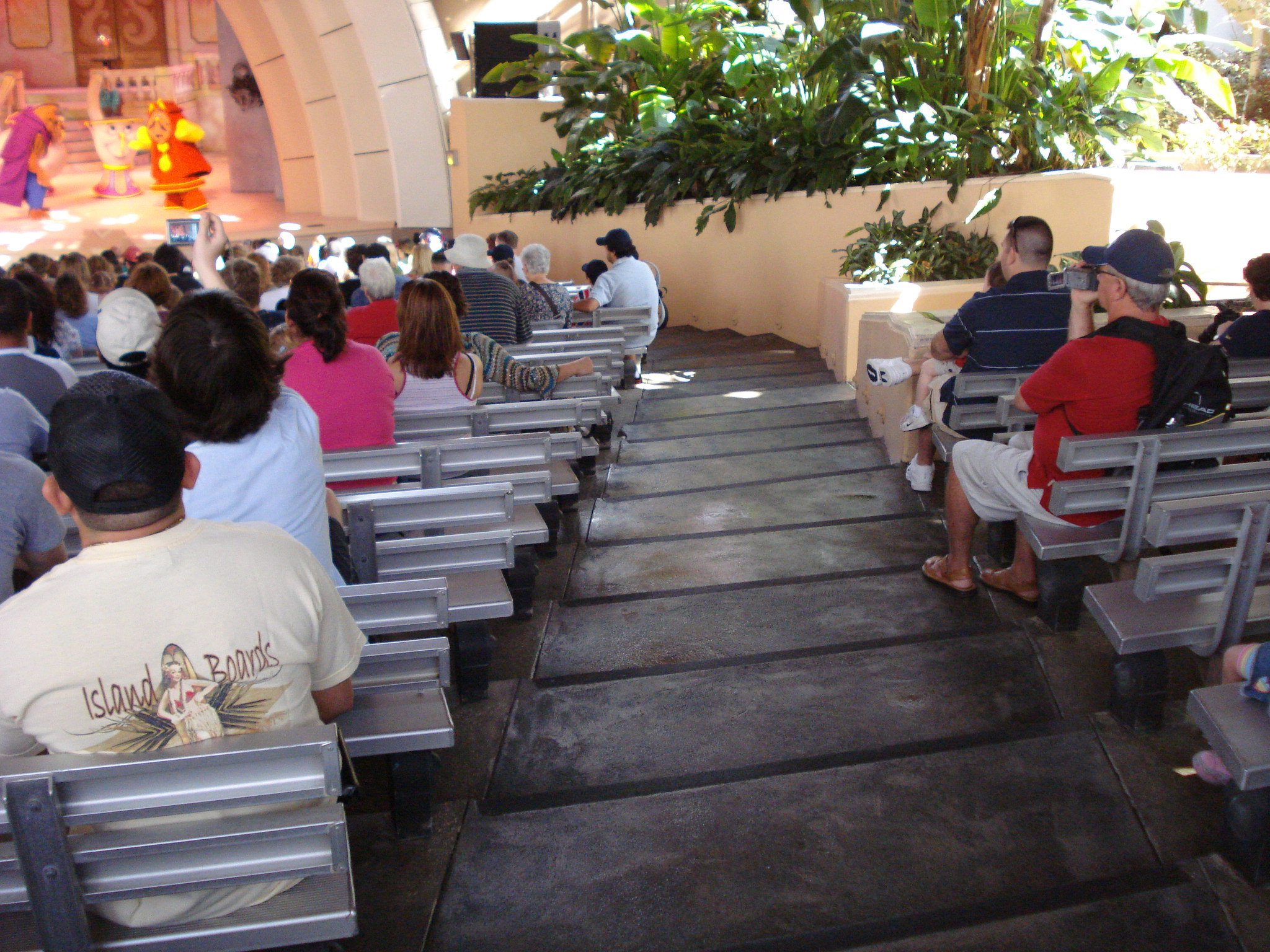 Beauty and the Beast stairs in Hollywood Studios at Disney World

The wheelchair/ECV seating is mostly in the back with some up front. There are steep switchback ramps to get down to the front. ECV users may be asked to transfer to a regular seat. Those who sit in the front will need to look upwards throughout the performance. Ask a cast member to direct you to the wheelchair seating. 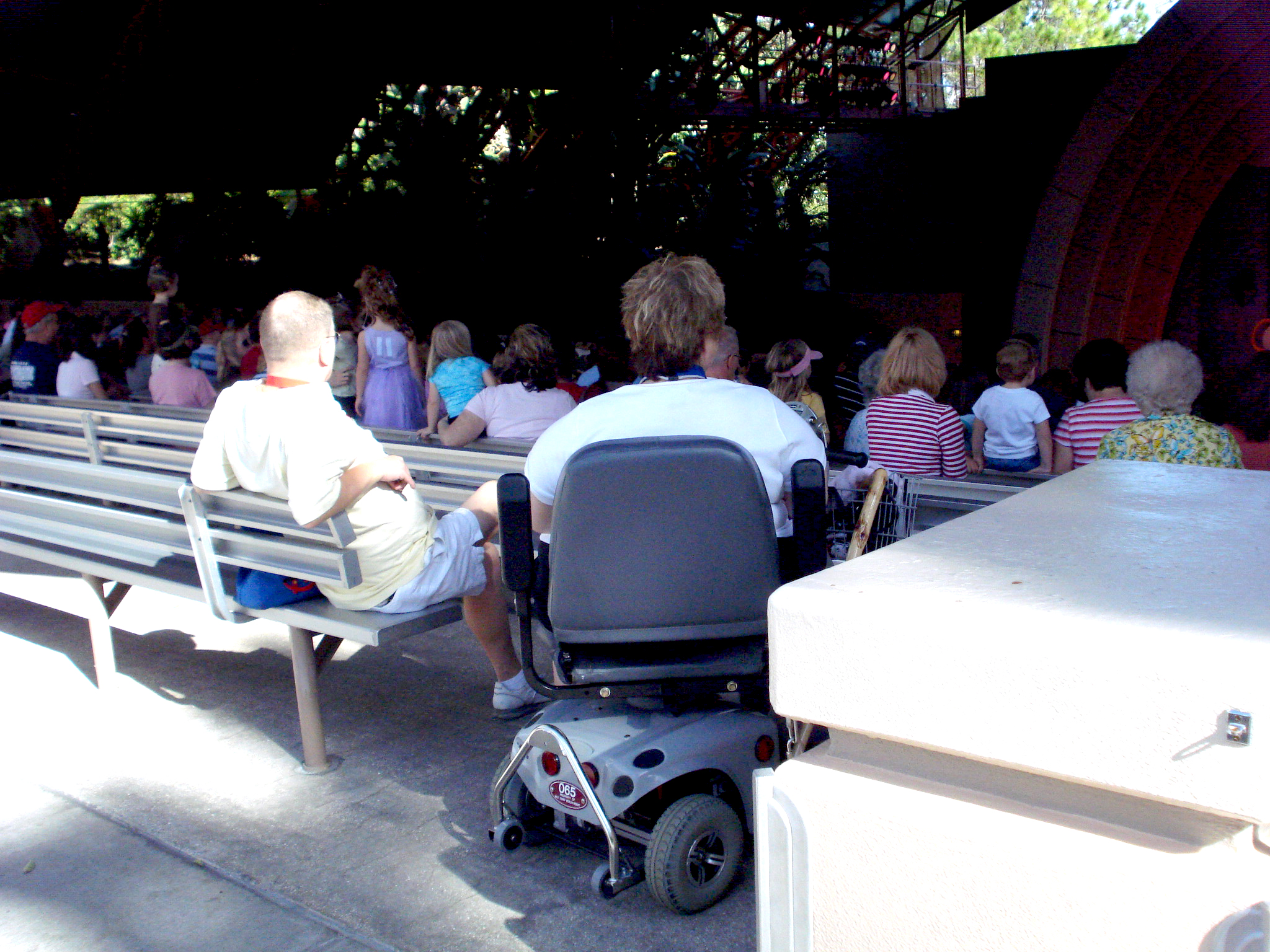 Additional details about Beauty and The Beast – Live on Stage

Though the Beast yells and roars a bit, only the extremely sensitive should find him scary. He’s really a furry not so scary looking beast. 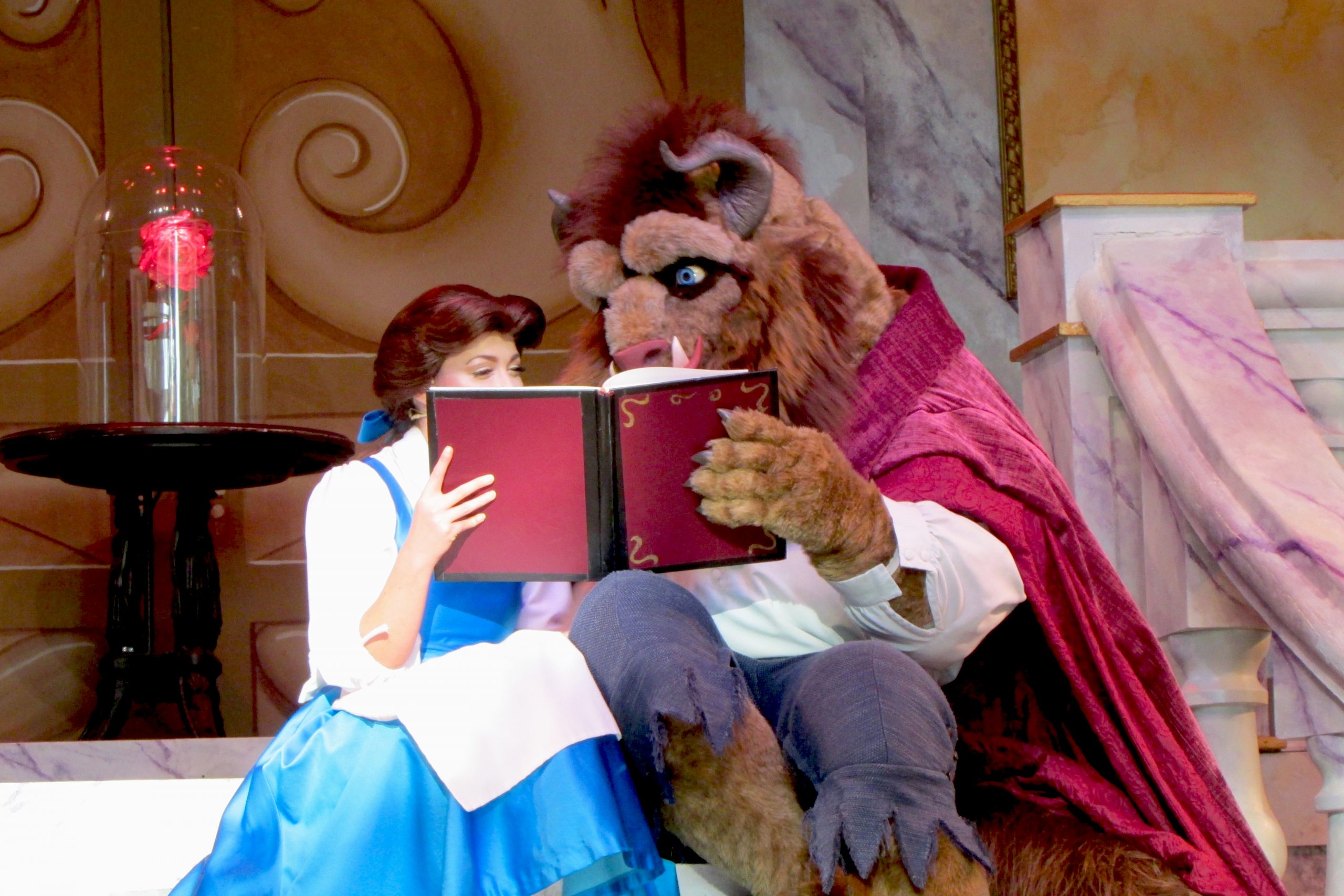 There’s a small amount of thunder and lightning on the stage.

There’s a minor mist/smoke effect on the stage. We didn’t notice it spreading over the audience. If this is a concern for you, sit towards the back of the theater. There are sudden loud noises, and some mild non-graphic violence.

Take a look at the show: